A great day today (big surprise). We are in the world famous KOA/Chucky Cheese/Disneyland RV Park in Willits CA. As I mentioned yesterday, this place has everything for the kids (which is probably why we like it). This morning, being Sunday, was breakfast day at the park. It was a champaign brunch (minus the champaign and most of the brunch).  There were no prices posted so we thought maybe it was free so we eagerly walked up to the window excited for our ration of 2 pancakes, one egg sausage and bacon. "That will be $6 each please"  Six bucks?!  But it was an awkward must pay situation, so we did.  (note the pride in Greg has he wears a correctly spelled Oregon State shirt) 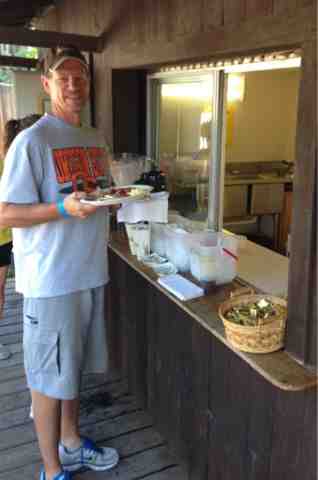 Today's ride was a short one. We simply wanted to get a few miles in so when we get Krissie tomorrow we are that much closer to San Francisco. As we can see, we had our park wristbands on and are ready to go. 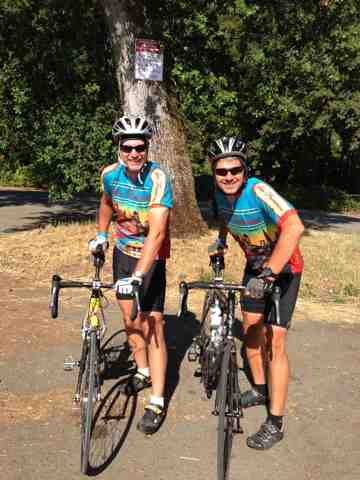 We got in 30 miles and only 1361 ft of climb. A nice short ride, especially since my stomach wasn't feeling too good from breakfast this morning. 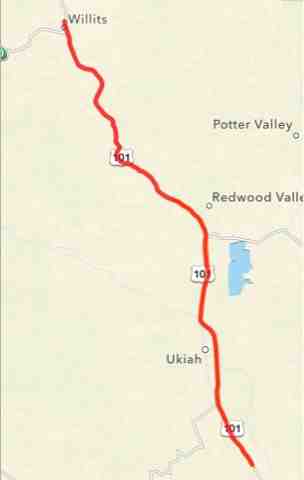 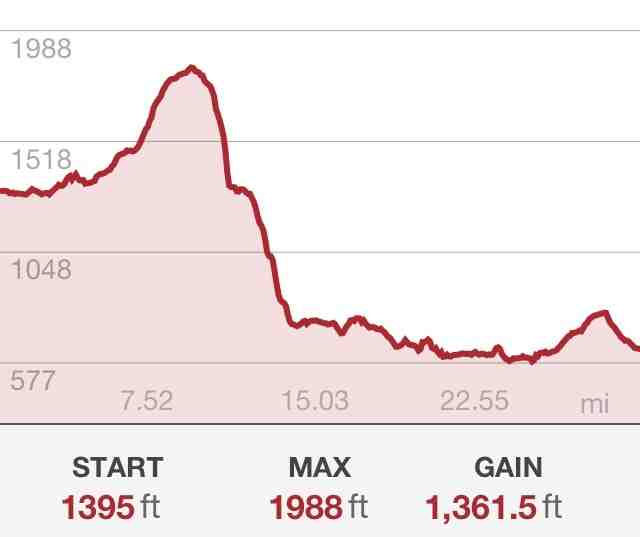 We've been at this for 15 days and all of our pictures of us off our bikes and I know there are some conspiracy theorist who don't believe we are actually riding our bikes. Well let me set you all straight. We did in fact land men on the moon and yes we are RIDING our bikes to San Francisco. Here is a picture of us actually riding (nice hold out pick eh?) 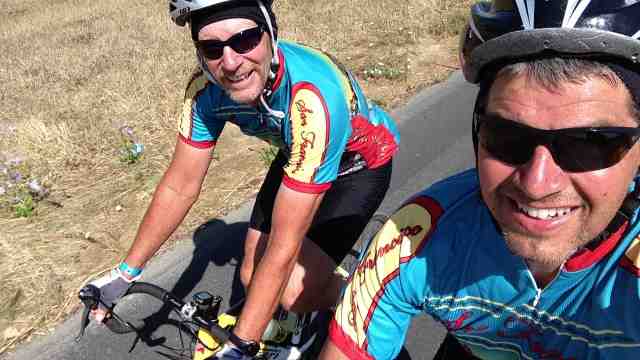 After the ride, we had some time on our hands so guess what we did?  (No, the beer would come later). We went to see Pacific Rim at the local theater in Willits. It was quite simply the worst movie I have seen in years. I gave it zero bags of popcorn. Greg gave it one because he did not fall asleep. Cheryl gave it one because she thought a couple of the guys were eye candy. Final rating? 2/3 bags of popcorn (out of five).
When we got back it was still scorching so we decided to utilize one of the many amenities at the magnificent RV Park, specifically the water mushroom (fortunately the kids were gone). Cheryl has done such a great job taking care of Greg and I that she has neglected her own exercise program. So today she decided to run laps around the water mushroom. 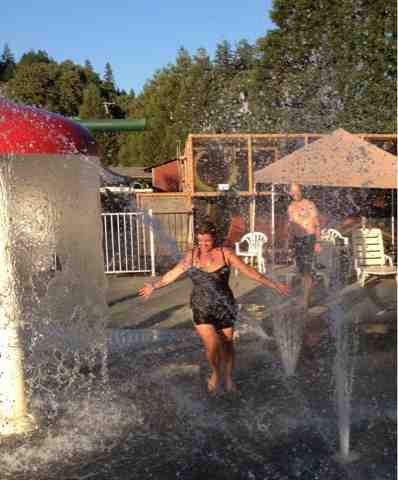 We also got an unexpected surprise when we were told that the wristbands change color every Sunday. So we got a blue one yesterday and an orange one today. How lucky can you get. We may never take these off. 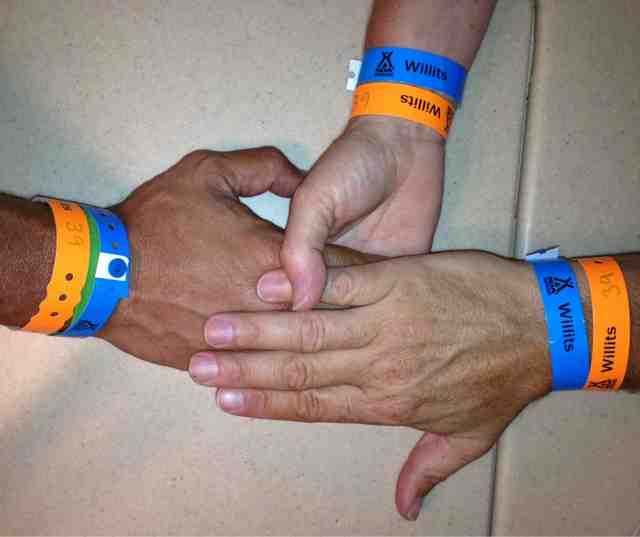 So tomorrow is a big day on a variety of fronts. First of all, Krissie will be here at about three (yea!). Secondly, we need to get Greg's bike in Eureka. The police have it but we couldn't pick it up until Monday. Sooooooo this requires some logistical  handsprings to accomplish. We are renting a car (much cheaper than driving the RV 130 miles) and going back to the scene of the crime and picking up the bike then coming back to Willits. We will then meet Krissie, hop in the RV and continue our journey to San Francisco. Whew!
Posted by Chris at 8:50 PM